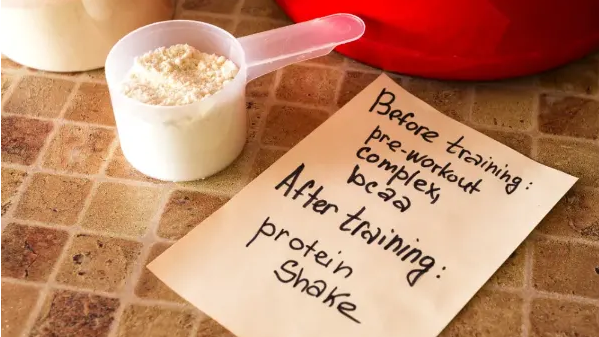 Beet root is one of the healthiest pre workout ingredients used by track and field athletes and other fitness enthusiasts. Its reputation is certainly not without proper cause. Beets are very rich in nitrates – dietary nitrates – to be more specific. When you consume these nitrates, your body converts it to nitric oxide which then helps to relax (dilate) blood vessels. This allows more blood to be circulated throughout the body supplying working muscles with more oxygen.

This allows your muscles and the whole body to experience less fatigue, increase their endurance and enhance performance – all while lowering the blood pressure. Several scientific and peer-reviewed studies have confirmed this. A good example is one carried out by the Swedish School of Sport and Health Sciences which concluded that dietary nitrate reduces maximal oxygen consumption while maintaining optimal workout performance. So grab yourself this natural pre workout ingredient to transform your workouts.

In health and fitness circles, Yerba Mate is described as a triple threat; meaning it has the “health benefits of tea, strength of coffee and the delight of chocolate”. This traditional South American herbal drink is a nutritious powerhouse which includes significant amounts of: caffeine, theobromine and various flavonoids. As a matter of fact, it contains seven out of the nine essential amino acids.

Its caffeine content boosts energy production, alertness, short-term recall and reaction time; all of which are very important during workouts. A 2014 study by the University of Guelph found that it can improve sports performance by up to 5%. This safe and effective pre workout supplement has also been reported to improve metabolism and immune function.

Citrulline is described as a non-essential amino-acid that’s abundant in watermelon – particularly the rind of the fruit. Once introduced to the body, Citrulline is converted by the kidneys to 2 main compounds; one is the amino acid L-arginine and the other being nitric oxide. As mentioned before, nitric oxide is pretty much alpha when it comes to anything to do with improved blood circulation.

It is because of Citrulline Malate’s ability to increase intracellular nitric oxide production that it has gained an unshaken reputation as a powerful fatigue solution. The supplement has also been associated with:

Even though there are no reported risks or side effects of taking this supplement, as a word of caution, medical experts advise against taking it with other nitrates for heart disease.

Green tea’s health benefits are well documented and published. For the purposes of workouts, green tea has also proven to be a powerhouse. How so? Well, for starters, green tea contains a wealth of antioxidants with its major one being Catechins. Catechins have been found to boost the body’s fat burning mechanism to provide energy as opposed to burning stored glucose from food. As an aspiring athlete taking this supplement, you can rest assured that it will help burn excess accumulated fat.

Catechins have also been proven to boost the body’s immunity and reduce muscle damage from workouts. The caffeine contained in green tea provides a decent amount of energy to get you started on your routines; making it a very exceptional pre workout ingredient.

For years, creatine has been recognized as an ingredient that delivers on its promise of enhanced strength. It is among the most studied supplements with a very remarkable outstanding safety profile. Many believe it to be the best workout supplement today. This compound is naturally found in muscle cells – helping them provide energy during exercise.

The human body produces creatine through the amino acids arginine and glycine; however, for athletes and body builders, the amount produced is often not enough for peak performance and results. Supplementing creatine increases the production of the high-energy molecule called ATP – the key currency in workout energy. This supplement has also been proven to increase muscle mass and muscle recovery.

Creatine hydrochloride and creatine monohydrate supplement are somewhat similar; however, the former dissolves in only a few ounces of water and reduces stomach discomfort.

Pre Workout Ingredients You Should Avoid

Yohimbe is an evergreen tree growing in the jungles of West Africa in countries like Cameroon, Nigeria, Congo and Gabon. The active compound in this tree is known as yohimbine. Traditionally, the bark of this tree was used to treat coughs and fevers and was also used as an aphrodisiac; leading to its adoption as a pre workout ingredient. Thanks to modern medicine and advancements in science, most of its claims have been unproven and refuted.

A number of side effects such as dizziness, insomnia, nausea, anxiety, increased heartbeat and blood pressure have all been associated with Yohimbe. It has also been classified as a “very narrow therapeutic index” drug and supplement. This is probably the reason why several countries in Europe and North America banned its use. The risk of using yohimbe as a pre workout energy booster far outweigh the rewards making it a poor ingredient choice for performance and overall health.

Acesuflame potassium is an artificial sweetener that is about 200 times sweeter than sugar. It works to stimulate sweet taste receptors of the tongue without having to add extra calories. This makes it very common in a lot of pre workout drinks and soft drinks.

Tests done on this compound in the 70s found it to be potentially carcinogenic. There have been not tests done to prove its safety. As a matter of fact, many researchers believe it to be a source of Methylene Chloride , a type of carcinogenic paint thinner that’s banned at many home improvement stores in the US.

So, to recap, Acesuflame potassium is basically just an artificial sweetener that adds ZERO value to your body or workouts and is potentially carcinogenic. Do we really need to explain any further why this should not go into your body?

According to the FDA, methyl-synephrine is not a dietary supplement. It is not a vitamin, herb, mineral or amino acid. It is not even an extract, concentrate, metabolite or constituent. There are variations of this compound under the name of oxilofrine which is also banned by the FDA. This compound has been proven to cause irregular heart palpitations and increased blood pressure – making it extremely dangerous for people with a history of heart disease. In fact, it has also been banned by most professional sports organizations across the world. Any pre workout containing this ingredient is considered adulterated by the FDA .

There you have it…Next time you reach for a pre workout pick-me-up, take a minute to look over the ingredient list. You might be very glad you did! 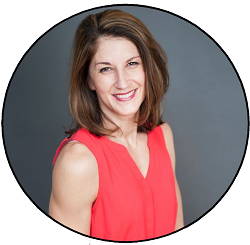 The truth about BCAA's

Compare up to 3 items
Compare